DA SAINT BIOGRAPHY
Commonly known by his stage name “Da Saint”, Aleck Sibusiso Mhlongo is a versatile hip hop artist, born and raised in Mpumalanga’s capital city; Mbombela, KaNyamazane. He was drawn into the music industry in 2011 when he was introduced to hip hop by a classmate through Lil Wayne’s “Drop Tha World” which featured Eminem. He was fascinated by the way someone could construct such a well-crafted sentence and put it into an instrumental to form a song; his fascination led him to start writing his own rhymes.

Of course this was not rocket science for the 20 year old since he was then one of the poets and public speakers in his primary school days. He continued mastering his craft, his writing and delivering skills throughout his high school years until 2015 when he was in grade 11, he then started working with a local producer known as 97Beatz, together they mastered their sound and later on during the year he released his debut single titled “Dance”.

Upon matriculating and taking a gap year in 2017, he scored his first interview at BCR FM’s “The Definition” show hosted by Marvin Chords. He went on to release a single titled “Get Drunk, Get Lit” which instantly became a major hit when it got played during his first interview on SABC’s Ligwalagwala FM.

A short while after releasing that single he signed into a local record label and he released his debut mixtape titled “1214 Versatile Mixtape” on the 23rd of September 2017. The mixtape contained a single titled “Hallelujah” which would become his signature song, as it is evident that most people know him by this record till to this day. He got his first TV interview and performance when he was featured on SABC’s YOTV Big Breakfast Show on the 17th of November 2017 and as a cherry on top, the single’s music video scooped over 2000 hits on YouTube within the first month of its release (17th November 2017).

The video has since been removed on YouTube after he decided to terminate his contract
with his then record label in April, 2018 and started working independent again.

Da Saint got his first print media feature on a local newspaper called “Mpumalanga News” and has shared a stage with the likes of Sjava, Riky Rick, Black Motion, and Culoe De Song. He has, since then, matured in his creative process so much that he doesn’t do hip hop only anymore, songs like “Happy Song” and “Affection Melodies” are a testimony to this. Da Saint has also been influential to other upcoming musicians when, in 2018, he decided to start writing songs for other upcoming artists. He has composed and sold dozens of songs since then and has mentored other artists too. On the 17th of April 2019, he got his second print media feature when his story was published on one of SA’s biggest Newspapers; Daily Sun. On the 19th of April, the 20 year old dropped his first offering for 2019 titled “NST” which was very different from the sounds he portrayed before on his music, produced by him. During the month of June 2019, Da Saint uploaded four freestyles on YouTube for his fans, and is currently working on a new single and a tour, more updates on that as the time goes on. 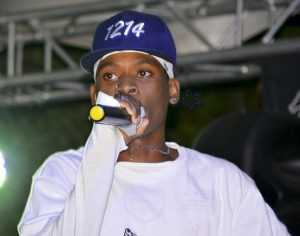 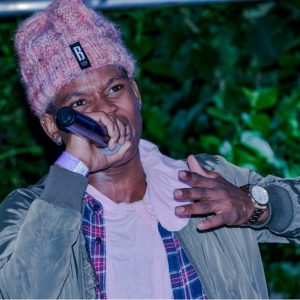